How much does it cost to develop an app and what's the process?

A friend, in the industry, who really should know better, asked me the other day “What do you charge for an app?”.

“What do you want it to do?” I enquired.

“Just a ballpark price - what do you charge on average?” came the non specific response.

It’s a question that is often asked, but from someone used to selling technology, he should have known better!

The true answer to this persistent and perennial question cannot be summed up on the back of a beer mat.

An app can cost literally anything - it really depends on the amount of work going into it. The cost of app development is governed by time and resources. The more time spent on it - the more it will cost. Some apps can be developed in a month. Some apps can actually take years.

In broader terms you can look at this equation:

The average cost of a native mobile application developer in Australia can range from $100 to $150 per hour depending on experience. For the purposes of this article we will assume $120 per hour.

Will you have more than one developer working on it at a time? Depending on what you’re doing, the chances are that this will be the case and this needs to be factored in.

So, in an attempt to answer the pricing question as simply as we can, consider the following factors:

Some developers will charge for this meeting - as this meeting can be invaluable at this stage of the process. At Internetics we don’t charge for the initial consultation, but is not uncommon for other developers to charge for it. So you might want to allocate a morning or an afternoon - 3 hours x $120 per hour = $360.00

Do you have the ability to do the specification yourself, with flowcharts, wireframes, rough mock-ups, technical requirements and architecture?

If not, you’ll need a developer to work on this with you. A good specification/requirements document can save you a fortune eventually - so this is a part of the process not to be rushed. Depending on the complexity of the project it is not uncommon for this part of the process to take a few days up to a few weeks. So based on an eight-hour day - this could end up costing you anywhere from approximately $3000 to $15,000

Depending on the detail of stage two - this is something you may have in hand, or you’ll need the team to work on it with you. It’s a critical part of the process, as you really start to develop a feel for the finished product, before a line of code is written. Clients are encouraged to be as active as possible through this phase. Indeed, as with all aspects of development costs are commensurate to the time involved. It could be anything from a few days to a few weeks, so somewhere between $2,000 and $10,000 depending on the level of complexity.

There will likely be some too-ing and fro-ing between you and the development team as you finalise the look and feel of the product, but assuming the mockups you have to hand are reasonably comprehensive, a day or two’s work could probably suffice here, plus another day of feedback and implication of that feedback. Between $2000 and $5000.

So, how long to develop? Only the specification and quotation process can answer that question - but we’ve rarely worked for less than three or four weeks on a project - and three to four months is not uncommon too. As such your ballpark range here is going to be from $15,000 to $75,000.

The reality is that if you plan on creating the next Facebook or Instagram that development figure could easily approach a million dollars and beyond. As always, it is time that determines development cost. The simpler the application the cheaper the cost.

And another significant issue to address here (which is covered in the specification/quotation phase) is what platforms are you supporting?

We write different code for Android (Java) than we do for iOS (Objective C / Swift) and although the visual assets can usually be adapted for use across the platforms, development costs can easily double when supporting both platforms.

Being software, bugs are a fact of life. Through regular testing you can minimise these issues, and jump on them as they arise, and arise they will.

This process continues throughout development, launch and beyond.

Cost depends again on the complexity of the app. The more to test, the greater the cost.

It would be reasonable to spend a week or so testing a relatively simple app and fixing bugs. So, upwards of $5,000 depending on the specification.

As well as the technical aspects of launch (which could involve changes to the app being requested by the app store operators), we have to prepare the digital assets, that have to go to the store.

These screenshots and marketing collateral form part of your marketing plan and need to be budgeted accordingly. We’ve customarily been able to spend a few days preparing this. So allocate around $3,000 for this part of the process.

Now the hard work begins… just kidding? No - without an effective marketing plan your app is unlikely to succeed. The days of just launching it to the app stores are largely over.

Most apps fail for this single reason. Your developers can help you brief a marketing company and give you the benefit of their many years of experience in this field.

As for costs, brace yourself - depending on the size and scope of the project your marketing budget may need to be similar in size to your development budget.

20% of the overall cost of development, per annum, is an industry standard expectation. If you add new features though that figure can rapidly increase in line with the development costs specified above.

Every job that we tackle is unique and costed appropriately to the specification. This article is very broad in its scope as it needs to answer a question like the one posed at the start - how much do you charge for an app? Breaking down the costs above, it starts to look like this:

(These figures exclude marketing costs and ongoing support - please see points 10 and 11 above.) 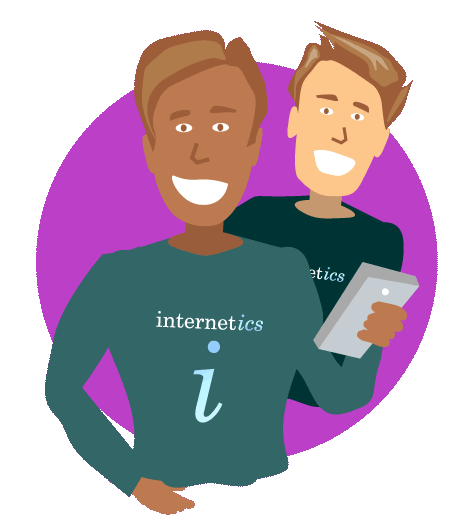 Home Who we are
What we do
App Development Web and Digital Development
Our work
What we think
How much does it cost to develop an app and what's the process? Native apps vs web apps vs no code apps The future of the workplace
Contact us